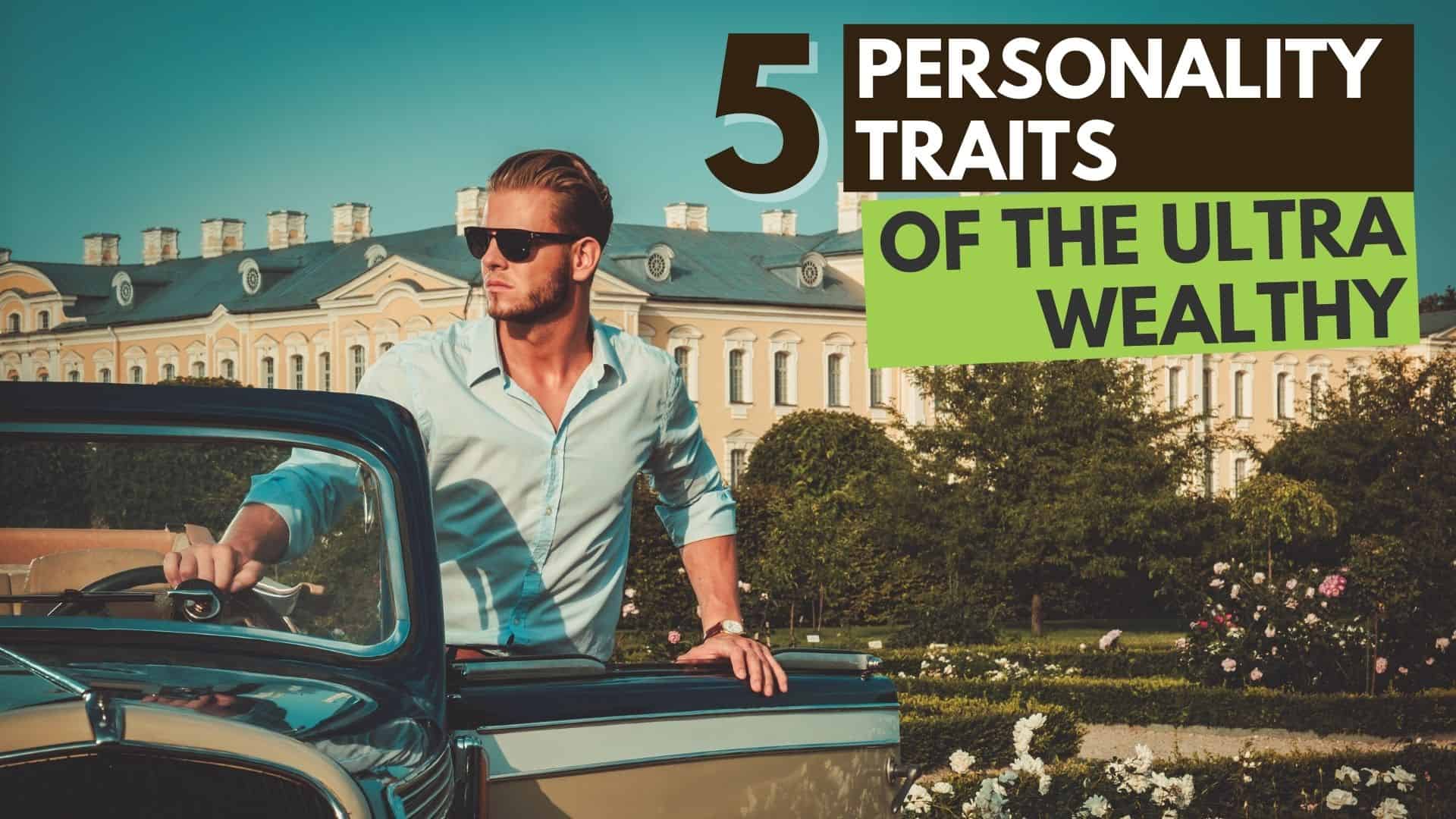 Aside from money, wealthy individuals may have more in common than you think. There are certain wealth personality traits that individuals who seek out wealth often possess. These traits are inherited, learned, or even taught to an individual.

The British Journal of Psychology has a published study that examines the personality traits of 130 different millionaires to see just what they all had in common compared to a broad control group of less-wealthy individuals.

As much as we would love for this write-up to be one of those “These 5 results will shock you!” type deals, that won’t be the case here. These are all personality traits that make complete sense when you sit down and think about them. Also, we want to point out that obviously, there are exceptions to these rules. Not every single millionaire out there fits all of the wealthy personality traits below.

Wealthy Entrepreneurs Have A Special Mindset

Aside from the wealthy personality traits, we want to mention the mindset required to be a successful and ultra-wealthy entrepreneur. Sure, you can invest in a good retirement plan and, after decades upon decades of work, retire with a 7-figure nest egg. But you can’t get rich working for someone else at a wage or salaried job. A few years back, the IRS published some income statistics from the top 400 individual/personal tax returns that show a breakdown of, well, their income (while keeping the individuals anonymous). Keep in mind this is purely for income over a given period and not overall net worth.

We’ll spare you the boredom of going through that pdf: only a little over 4% of the wealthy people on that list made their wealth as part of their wages or salaries. This 4% of “rich wage earners” are going to be your ultra-wealthy CEOs and executives.

Every single other person on that list made their money from taking risks or investing in themselves. The top 400 people averaged almost $200 million in capital gains. A majority of these gains came from selling successful business interests. This may be from companies they invested in at the startup phase or companies they helped build.

The Rich Truly Do Have Special ‘Wealth Personality Traits’

Statistics don’t lie. It’s easy to see now that money and possessions aren’t the only things wealthy individuals have in common. The two bits of good news are that, first, many of these personality traits can be learned (or taught). Second, certain personality traits aren’t the sole requirement for getting rich. This little write-up exists solely because we wanted to share some interesting facts with you and not because we want to knock anyone down a peg for being too shy or not wanting.

Wealth Mindset: 7 Reasons You Are Not Wealthy